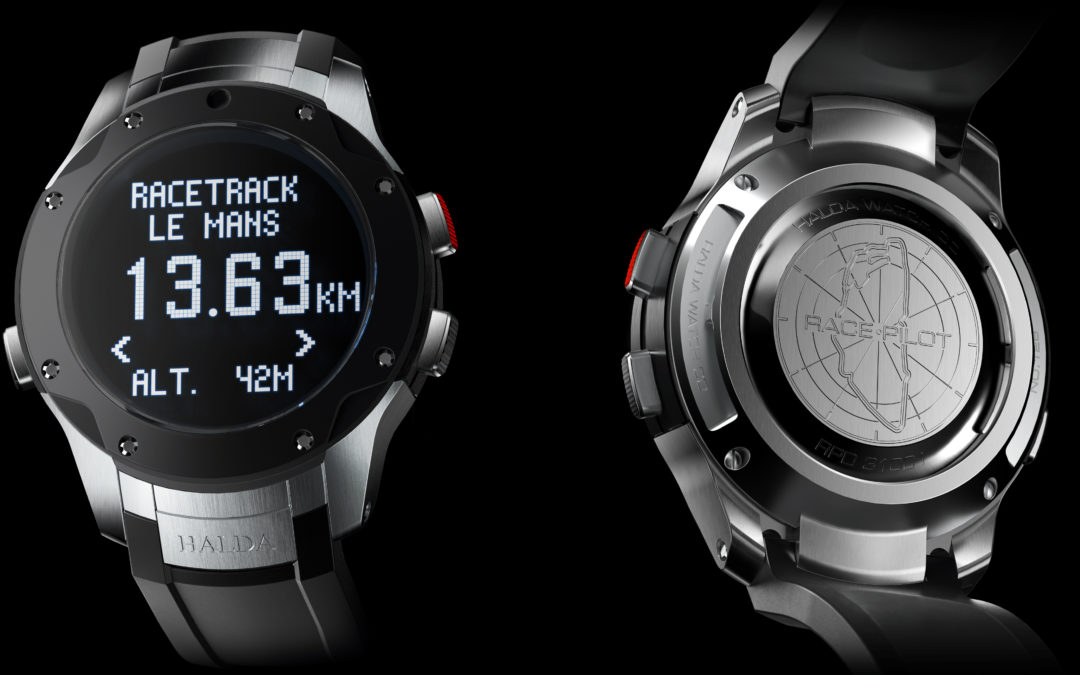 When developing the Halda Race Pilot the goal was to create the best watch ever made for racing. We gathered a team of experienced race drivers and engineers in order to develop functions that truly make a difference in professional racing.  This cooperation resulted in the Race Module featuring a unique program with functions that never before have been incorporated in a wristwatch.

RACETRACK – Featuring information about 150 of the most popular racetracks in the world, such as lap length and altitude used for engine optimization.

RACE CHRONOGRAPH – Given the information drawn from the Racetrack function this advanced chronograph calculates average speed and measures lap time of two cars simultaneously with accuracy down to 1/100 of a second.

FIA FORMULA 1 COUNTDOWN – Warning system of time remaining until Formation Lap according to the Formula 1 regulations of Fédération Internationale de l’Automobile (FIA), developed for race engineers in particular, to keep track on critical events prior to race start.

The HR2012-1 movement of the Race Module is developed in-house and although the watch being an advanced racing instrument, a lot of effort has been put into creating the easy to use interface making an instruction manual unnecessary. Based on feedback from extreme testing, the Halda team has fine-tuned the functions in the Race Module to perfection which illustrates the non-compromising quality of Halda Watch Co.

Follow us here for more information about the Halda Race Pilot.